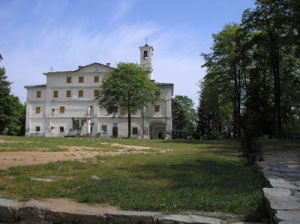 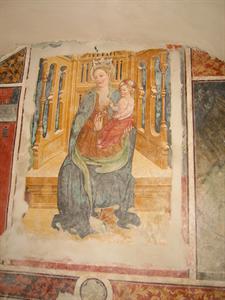 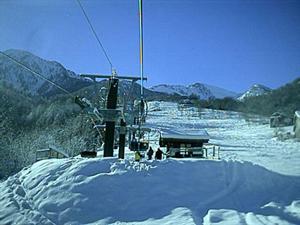 This municipality on the right side of the Varaita River is the religious centre of the valley; each year thousands of pilgrims and tourists ascend to the Santuario della Madonna della Misericordia.
Valmala belonged to the properties of the bishop of Turin, who gave it as a fief to the Signori di Verzuolo. In 1172 the latter donated it to the Margraves of Saluzzo. In the 16th century it came under the rule of the Savoyards, who gave it as a fief to the De la Roche in 1598. 1622 it was given to the Porporato of Luserna.
The parish church, dedicated to Saint John the Baptist, was completely rebuilt in 1865 over the old Gothic building that had been constructed by the Templars. At 1379 m rises the well-attended Santuario della Madonna della Misericordia (see picture above), built in the years 1849-79. As tradition has it, the Madonna appeared here.
Having a multifunctional sport centre, a new rest area for campers and an extensive circuit of cross-country ski-tracks Valmala is the ideal location for the enthusiasts of this sport.