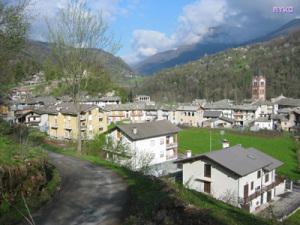 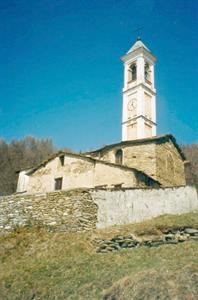 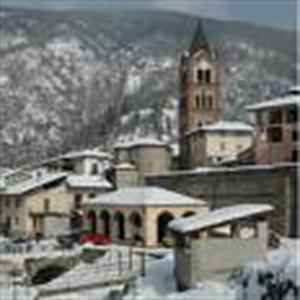 In this agricultural centre, surrounded by chestnut and deciduous forests, the delicious Tomin dal Mel, the distinctive cheese of the valley, is produced.
Sharing the fate of the Marquisate of Saluzzo Melle was given as a fief to varying liege lords, among which Bernabò Visconti. In 1601 it came under the rule of the Savoy family. In the 18th century it was divided up between the Paoletti of Tarantasca and the Roasenda families. The ruins of two castles are still present as well as a few remnants of medieval architecture in some houses of the village. The parish church of Saint John the Baptist was rebuilt in 1834 in neo-Baroque style.
Melle, home of the writer and drawer Tavio Cosio, is the ideal place to buy local products (bread, typical maize biscuits, officinal herbs, beer and of course the tomin).

MUST-SEES:
– Orselli house: building dating back to the first decades of the 16th century, characterized by architectural elegance and noteworthy soaring lines;
– Church of the Confraternity, called la Crusà, dating back to the end of the 17th century, housing the Mater Captivorum Shrine;
– St. John the Baptist’s parish church;
– monumental chestnut: one of the 50 trees protected by the Piedmont Region, it exceeds 30 m in height;
– Shrine of the Madonna della Betulla: immersed in a birch forest, from which it takes its name (birch=betulla in Italian), it rises up at an altitude of 1168 m;
– fresco of the Holy Trinity, in via Vecchia Castellar, a work of the Biasacci brothers, late 15th century;
– fresco with the Madonna Enthroned, in via Tre Martiri, late 15th century.