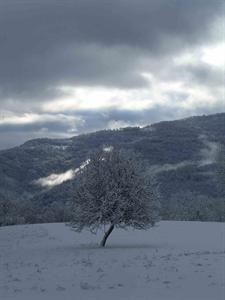 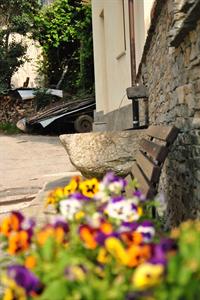 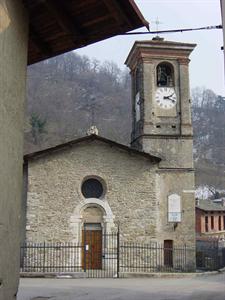 Situated in the side valley of the homonymous brook, Isasca is the smallest village of the valley, hidden in ash and chestnut forests. The toponym, terminating in -asca, indicates the Celtic-Ligurian origin of the settlement. It belonged to Bonifacio del Vasto and successively to the Marquises of Saluzzo (1142), who gave it as a fief to the Lords of Venasca and other liege lords. In 1548 it was annexed to the Dauphiné of France and in 1601, with the Treaty of Lyon, came under Savoy rule. In 1617, Charles Emmanuel I bestowed it with a count title on the Della Chiesa family of Turin. From 1928 to 1947 it annexed to the municipality of Venasca.
Only a few ruins remain of the old liege lords’ castle. The parish church, dedicated to Saint Maximus, preserves some remnants of the primitive Gothic church: a part of the apse and the ribs of the cross vault with their two supporting 15th-century capitals.