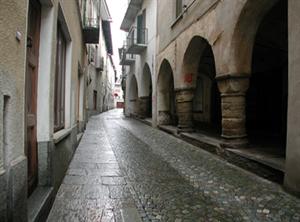 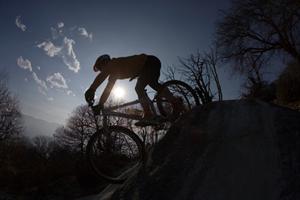 The history of the municipality of Barge goes certainly further back in time than its first written mention and the anthropomorphic petroglyphs of Mombracco prove that.
Barge’s urban development went from a pagus, a small hamlet during the Roman era, to a considerable town around the year 1000. In the following centuries it belonged to the Counts of Turin (11th – 12th centuries), the Marquises of Saluzzo, the Acaia and finally the Savoyards. But it was only between the 15th and the 16th centuries that the town saw a great boost in the economy, the crafts and the urban construction, and especially the location of industry that processed iron and quartzite was very conducive.
From that time on the stone became the soul of Barge. Dozens of big and small workshops began to process this grey gold and to export it worldwide.
The urban structure of the town is divided into three main quarters: the upper, the lower and the old one (superiore, inferiore and vecchio). The latter still preserves medieval elements like tall houses and small streets and it is crossed by the via maestra. The lower quarter, Borgo Inferiore, and the old part of town villa, which already developed in the Middle Ages outside of the town walls, were enlarged by rural buildings constructed around large court yards in the 17th and 18th centuries and in the 19th century some villas and bourgeois palazzos were added. Finally the upper quarter, which is also quite old but less important than the other two because meanwhile it gave large room to modern architecture.
Barge has numerous monuments and churches of special historic and artistic importance. Representative for all of them the parish church San Giovanni Battista is mentioned. It dates back to the 18th century and was built according to the plans of the architect Francesco Gallo. It replaces the ancient Romanesque church of which the 11th century steeple remains, as well as the mullioned windows and the Lombard bands. Today the parish church presents itself in the Piedmontese Baroque style, with a large elliptical dome and a severe facade that distinguishes itself only by two decorative elements: the portal and the statue of Saint John.
In a romantic spot of the upper quarter lies the ruin of the former Castle Inferiore, destroyed in 1363 by the Savoyards and transformed into a Franciscan monastery. The Princes of Acaia, the rulers of Barge, reinforced the fortifications, adding a second castle to the present one and protecting them with a defensive doubled wall, which was destroyed by the French in 1557.